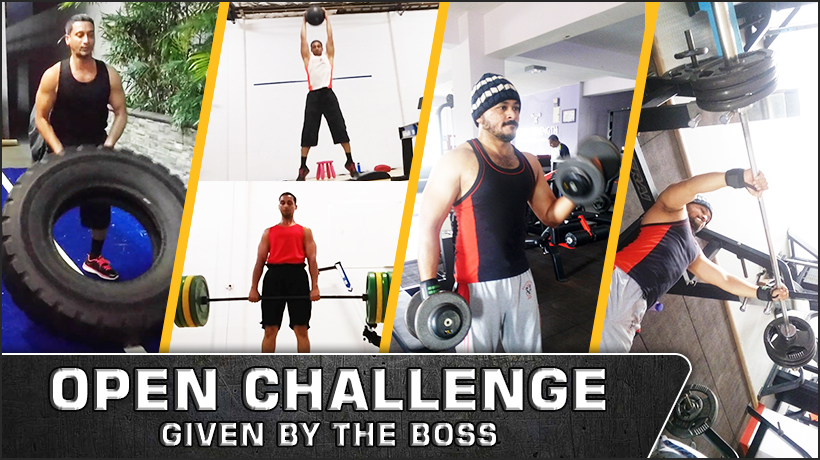 What started as a personal competition between two co-workers, people (Amjad -the Boss and Mirza the Project Manager) has resulted in a positive shift for all the Swift staff.

Someone once said, “If it doesn’t challenge you, it doesn’t change you” and there is no doubt that it takes a lot of strength and self-discipline to change ourselves both professionally and personally.

Amjad has recently returned from Australia where whilst living there for a couple of years he was introduced to CrossFit exercise whereas Mirza is a muscular man who enjoys regular workouts at the gym. Both of them love what they do.

One day, during lunch hour, Amjad and Mirza were discussing CrossFit and this very quickly escalated into an argument. The result was a challenge issued by each of them to demonstrate which is better – CrossFit or gym.

The initial plan was to join a nearby gym close to office so that both of them could start workouts together. But their work schedules didn’t match and they had to join different gyms. Nevertheless, they created a Google sheet where they would record their current maximum weights lifted and track their progress. They knew it would be tough. After a hectic work schedule, hitting the gym religiously at different places was all about going that extra mile. Lunch time become the place where they regularly discussed their fitness achievements and could compare outcomes.

As days passed, other colleagues got to know about this activity and started to enlist themselves in the competition with other coworkers. And the result is that 10% of our staff have started exercising and are actively participating in the competition. And yes, in this competition everybody is a winner. At the end of the day we are not in competition with anybody, but ourselves. We are now hoping that more team members will join us in what has become a very friendly competition.

We don’t have to force the team to do the exercise as they are now committed to continue this sporting spirit religiously. The team @Swift has made physical fitness a part of its plan for success.

Similarly, we’ve started a new concept for writing blogs. Though this task was handled by our content writers, the whole team was eager to contribute their experiences.

An example of this was demonstrated recently upon the release of Articulate 360. As it was released, the team jumped in, eager to explore the features and recorded their individual experiences in competition with each other. Ultimately, this led to a series of blogs on Articulate 360 which were noticed by the Articulate team and subsequently we received an appreciation email from them. This recognition has spurred everyone to greater involvement.

https://www.swiftelearningservices.com/wp-content/uploads/2022/09/Swift-eLearning-Services-logo_220.png 0 0 Swift Elearning Services https://www.swiftelearningservices.com/wp-content/uploads/2022/09/Swift-eLearning-Services-logo_220.png Swift Elearning Services2016-12-12 19:28:052021-07-12 15:37:25Open Challenge Given by the Boss to the Project Managers and to All the Team Members
1 reply