Have you ever tried to replicate Flash animations in Storyline? It is now possible with Articulate Storyline 360 with motion path animations.

Storyline 360 enables you to change the direction of moving objects on a non-linear motion path to make sure the object faces the direction it is moving.

So how do we do that?

As the object moves along the motion path, it changes its directions!

Storyline 360 enables you to trigger an action when two objects overlap or intersect. For instance, when an object moves along a motion path and intersects, you may want to add some interactivity such as showing a layer. Now we can easily do this by setting a trigger to occur using Object intersects. 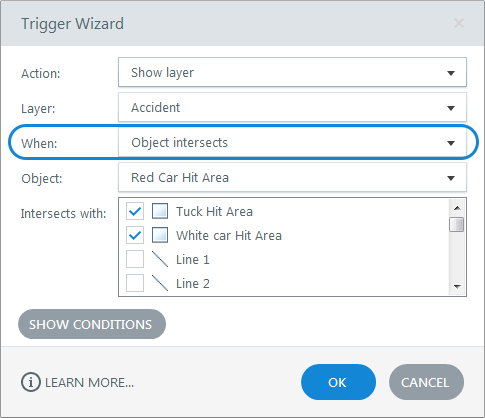 We can trigger actions when two objects stop intersecting. For example, if we have a circle moving inside a parent circle using the motion path, we might want to add an interaction when the child circle moves out of the parent. Now we can easily do this by setting a trigger to occur using Object intersection ends. 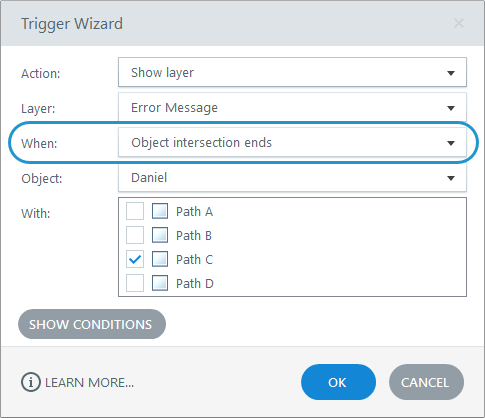 Storyline 360 lets you trigger the action when objects move on to the stage/slide. For instance, you may want to change the state of an object when another object gets into the picture. To achieve this, you need to set the trigger as shown below. 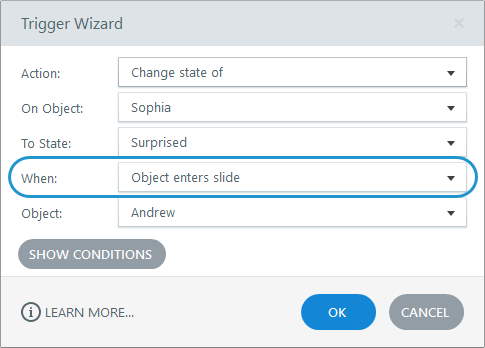 Storyline 360 enables you to trigger the action or animation when objects leaves the stage/slide. For instance, you may want to change the state of an object when another object leaves the slide along a motion path. You need to set the trigger as shown below. 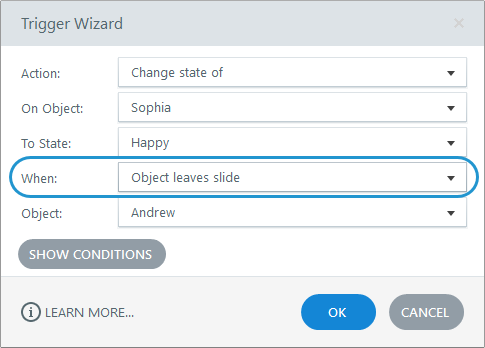 Here is a demo based on brand new object triggers.

I would also appreciate your comments on what you think about Articulate 360.